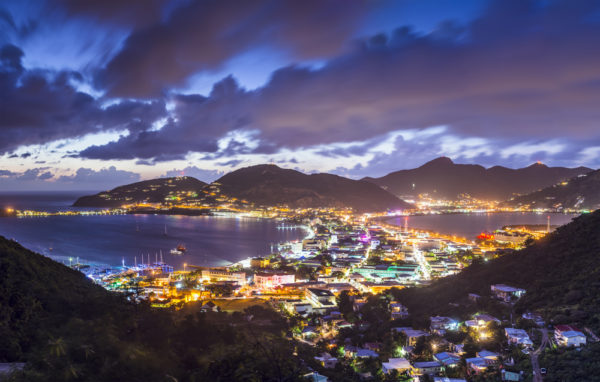 Toward the end of last year the Budget 2017 for Country St. Maarten was approved. Last week the Audit Chamber’s Compliance Audit of the 2015 Country SXM Financials came out. Turns out, once again, that Parliament is not doing one of it’s most important tasks. It is their task to make government give account for spending of tax revenue. In fact, the last time they gave an account was years ago—something all businesses are in fact required to do annually.  All we have to judge the actual financial health of our public domain are Audit Chamber Reports; that indicates that there has been and still is a considerable problem.

Government keeps needing ways to access more funds (tax revenue/corporate dividend) but will not tell us what they have actually spent it on. In the private sector we can’t get away with that, therefore the Government is holding private sector to a higher standard than they are willing to adhere to themselves.  Business are required to provide tax fillings and payments on time—penalties are assessed even when we are in compliance. We have plenty of institutions that come and look at public finances, The Audit Chamber, The Council of Advice, The Central Bank, CFT, IMF etc; however the only body that can present taxpayers with the actual accounts is Parliament. This should be priority #1. At this point there is absolutely no point in talking about budgets if the actual numbers are that far off the mark. The fact of the matter is that it is our right to be informed on this via our representatives. By this article, we are officially requesting that Parliament present the actual annual Financial Statements to the public from 10-10-10 up to present.

What is really surprising is the complete lack of public outrage when it comes to public financial accountability. We would not accept this from anyone on a personal level, yet collectively we accept it from our elected officials. Lest SHTA once again get accused of being political, SHTA on behalf of it’s membership would like to request for this information to be made public, we should not have to beg to see how our tax dollars are spent there is more than enough credit and blame to go around, because at this point every party has been on both sides of the isle.

So, instead of picking at budget 2017 and sounding like a broken record, please find below some recommendations that we made on the 2013 Draft Budget that are still applicable today.  (2013 was the first Budget presented to the general public before being handled by Parliament.)

We know you are thinking that at least they did occupy the new building, but don’t forget it has been sold so in fact it is also being “rented” and it likely means that overall rent expenses are up due because of this. None of these other points, important points for the private sector have been adequately addressed, that we know for a fact. Attempts were made but they haven’t produced any tangible results.

So here we are at the start of 2017 and there is no plan for moving country St. Maarten forward.  4 months after election and we are still waiting for a TEATT Minister to be sworn in.

As Sint Maarten is to enter its seventh year as a Kingdom Country and the 2017 budget has passed Parliament, the Sint Maarten Hospitality and Trade Association hopes that the upcoming year will be both successful for business as well as for the community in general. Seven years is a well-known landmark. Economic cycles promise seven years of growth after economic decline, there are even biblical references to the seven lean years turning into seven fat years.

Various publicly owned entities have had issues. The dump, a threat not only to our key tourism product but to every citizens health, has only increased in both size and frequency of being a lit.  The country has not been properly marketed as a destination for an extremely long time. Our road network is an insufficient and the streets are in disrepair. Our communications and utilities some of the highest priced in the region and often unreliable. Land is scarce. Economic diversification a challenge.  The country cannot seem to provide the 2 most basic necessities for business and individuals these days reliable and consistent electricity and internet.

Our parliamentarians have neither succeeded in solving the most urgent issues that plague the country, nor provided a clear vision for the future. Interaction with the general population only happens at election time.  The instruction of the Kingdom via the Governor of Electoral reform was basically ignored, integrity is no longer the buzz word.

How do we move forward? How do we increase the standard of living for everyone? It’s pretty obvious that waiting for Government is not a strategy. There really is only one answer. Together! Together we decide on a plan, together we execute and together we benefit.

In real terms that means taking responsibility, not only for yourself, but for your community, your environment, and your economy. It means doing our best to provide our guests with the best possible experience. It means treating everyone fairly and providing equal opportunity. It means being involved, interested and questioning.

This year SHTA looks forward to supporting the community through projects like our job-fair, branding initiative as well as facilitated trainings. We look forward to more involvement with and from members and stakeholders. We will work hard at making a positive difference in how the “Island” our main product is marketed. Last but not least we look forward to holding our elected officials to account for how they spend our tax-dollars—in other words we will do our best to ensure that we just finished the seven lean years and we hope that Government will partner join us in that effort.