Cinema Hit the New Wilderness Gets a Caribbean Sequel With WOW! 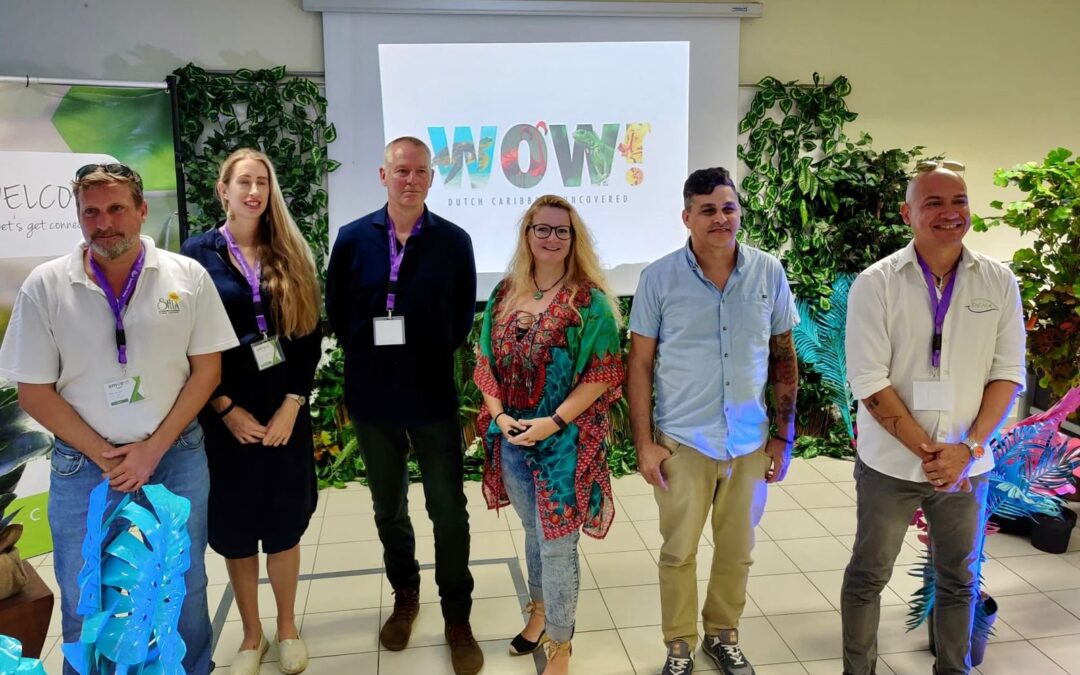 The unique natural world of the Caribbean part of the Kingdom plays the leading role in a special cinema film entitled WOW!. This was announced during the St Maarten Innovations, Initiatives & Industries Link-Up Event (SMILE) event at the University of St. Martin at a March 26th press conference by 360º of Innovation from Aruba and M&N Media Group from the Netherlands. The production of the film about Aruba, Bonaire, Curaçao, Saba, Sint Eustatius and Sint Maarten has begun and the film will launch in cinemas in 2025 both in the Netherlands and on the islands.

Bianca Peters, co-founder and director of 360º of Innovation, is delighted: “For us, WOW! Is a dream come true. The film will not only portray the beauty, diversity and resilience of nature on the islands in a special way, but also the vulnerability and importance of a healthy balance between people and nature. Audiences on both sides of the Atlantic are sure to be amazed and filled with pride. Viewers will not have realized before how special nature is in the Caribbean part of the Kingdom.”

In close collaboration with the Dutch Caribbean Nature Alliance (DCNA), the WOW! production team has started visiting possible film locations. Discussions are also currently taking place with stakeholders to gain a good insight into all the ins and outs of the local nature and the stories and developments on the islands.

“Unfortunately, the islands are often negatively in the news in the Netherlands. With this film we want to build a bridge based on the connecting power of nature to help improve cooperation between the Netherlands and the islands. Diversity and inclusivity in the film and the production team is an important starting point. After all, we are one Kingdom!”, says Peters.

In addition to the film, the makers are also working on a television series that sheds light on the individual islands from the perspective of the relationship between people and nature. What challenges will there be for the inhabitants of the islands in the coming years in their route to a sustainable relationship with nature? But also which solutions have already been created. Various educational and musical programs are also being developed in which local talents are involved.

“I am extremely proud that we as a distributor are so closely involved in the realization of this special film project. It is obvious that we will use music from the islands as a soundtrack for this,” says Jeffrey de Graaff, co-owner of M&N Media Group.

“It is a great honor to be able to make this film about the six Caribbean islands of the Kingdom. We have already made many worldwide successful films about Dutch nature, such as De Nieuwe Wildernis and De Wilde Stad, but this is the first time that we will be filming on this side of the ocean. Collaboration with local parties is extremely important in this regard. We look forward to visiting all six islands in the upcoming period and exploring what we want to film together with a team of talented makers from diverse backgrounds,” said Ignas van Schaick, EMS FILMS.

The production team of WOW! consists of 360º of Innovation, EMS FILMS and associate producer AM Pictures. M&N Media Group is responsible for worldwide distribution.

The film will be shot over the next two years and is expected to be shown in cinemas in the Netherlands and on the islands in 2025. To learn more about WOW! Visit www.wowthenaturefilm.com or visit the Facebook page @wowthenaturefilm.