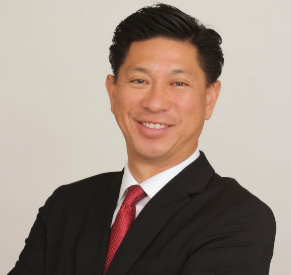 EMIL LEE ACCEPTS MINSTER POSITION IN ST. MAARTEN, STEPS DOWN AS CHTA PRESIDENT AS OF NOV. 18
President-Elect Karolin Troubetzkoy Begins Journey as Leader for the Association

Hotel & Tourism Association (CHTA), has “passed the torch” to First Vice President and President-Elect Karolin Troubetzkoy eight months earlier than initially scheduled, as Lee has accepted the opportunity to serve as Minister of Labor, Health and Social Affairs for the country of St. Maarten. Troubetzkoy was officially elected as President-Elect by the membership last June and will assume the role of Acting President.
The CHTA Board of Directors meet in January, at which time they will vote on ratifying Troubetzkoy to take office as President of CHTA in advance of her term which would have begun in June 2016. Lee stepped down from CHTA before being sworn into his new position for St. Maarten.
“It is with a heavy heart that I leave my CHTA post as president, however I am proud of the advancements the organization has made during my tenure and am confident that Karolin Troubetzkoy will perpetuate this momentum going forward in the creation of a new CHTA engaged with the membership,” said Lee.
“I have worked closely with Emil over the last several months and look forward to continuing the progress and energy he brought to the organization,” said Troubetzkoy, as she steps into her role as Acting President earlier than anticipated.
CHTA has a strong succession plan in which a President-Elect is selected one year prior to taking office to allow for that person to become acclimated and involved in the Association’s affairs. The President then serves a two-year term. In addition, the Immediate Past President remains engaged as an active consultant to the new President serving in the role as Chairman. Richard Doumeng is the current Chairman of CHTA and will continue in this position through June 2016.
Lee leaves office after serving for over ten years as a member of the Board of Directors, including two years as First Vice President and 17 months as President. During his term as President CHTA has undergone organizational changes and restructuring, broadened membership engagement, strengthened public and private sector ties, and repositioned itself to play an even greater role in facilitating tourism’s role as a socio-economic driver for the region.

Caribbean Hotel & Tourism Association
The Caribbean Hotel & Tourism Association (CHTA) is a federation of 32 National Hotel Associations, with more than 600 member hotels and over 300 allied members. CHTA is the largest representative of the private sector in the Caribbean hotel and tourism industry. We are the voice of the Caribbean hospitality industry for the development of the region in the highly competitive and sophisticated environment of international tourism. Today, tourism is widely recognized as a pivotal industry in the economy of the region – and CHTA functions as the common denominator for this industry in a region of diverse nationalities, languages and styles, identifying mutual problems and marshaling the resources of the active and allied members to devise solutions. CHTA represents all facets of the hospitality industry with more than 600 member hotels and over 300 allied members. CHTA, including the events staged by the association, is supported by Strategic Partners MasterCard, Cable & Wireless, HVS, Interval International, OBM International, Tambourine and TravelZoo.