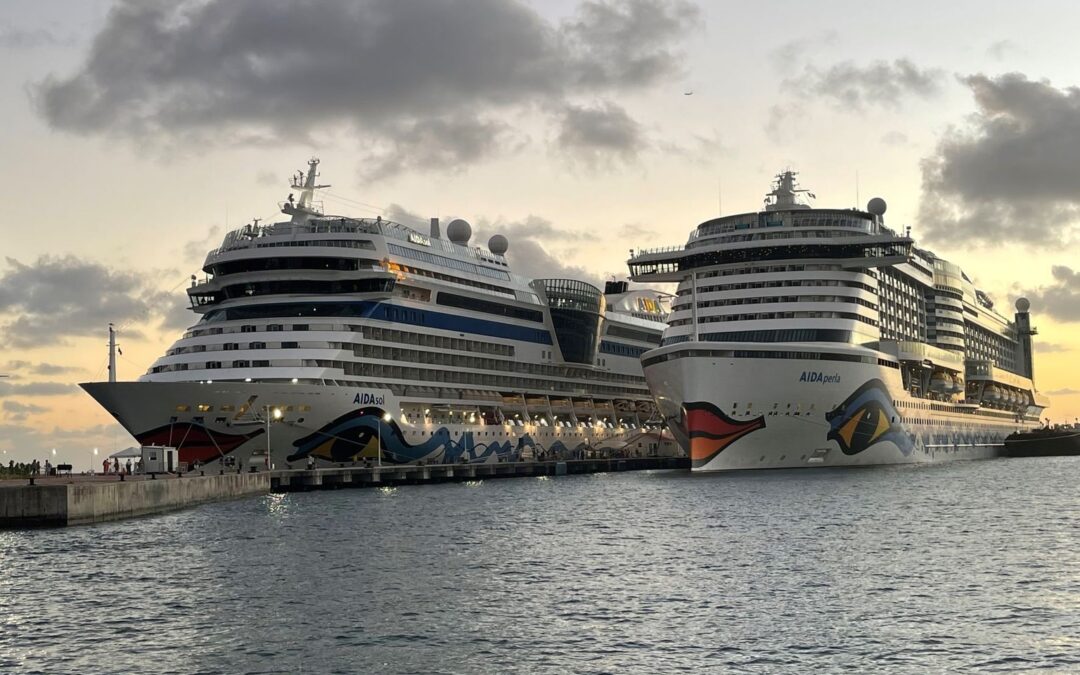 For the first eight months of 2022, Port St. Maarten has received 316 cruise ship calls bringing in 493,000 cruise passengers between January and August.

The total passenger numbers to date outpace the port’s projection over this period by almost 55.000 passengers but could have been a lot better due to low cruise vessel occupancy numbers in the first quarter of 2022.

In an invited comment, the Acting Minister of Tourism & Economic Affairs Hon. Omar Ottley said: “Many business owners and stakeholders have been concerned with the low cruise activity during the summer period.

“We found it important to notify the public that the decrease in cruise activity was no fault of the destination, but due to the salvaging of numerous ships during the pandemic.

“What is important is to focus on the promising season ahead where vessels are expecting a 100% and above occupancy. This projection will increase activity in Phillipsburg and throughout the island, boosting economic activity.”

Port St. Maarten Group (PSG) Chief Executive Officer (CEO) Alexander Gumbs says the performance as a destination so far to date has been positive taking into consideration the various challenges that the cruise industry has been confronting during the past eight months after recovering from the ongoing pandemic.

“More than 25 ships were taken out of service which we are now feeling the effects as a seven-day itinerary destination. Many of the brands are still sailing shorter itineraries of four to five days due to industry concerns surrounding the pandemic.

“With the updates regarding onboard testing and the increased demand for cruising, we are working strategically to get as much business in the off-season. We continue to monitor developments in the U.S. especially where it concerns the U.S. economy, interests’ rates, and inflation, and how this will translate into cruise holidays to the Caribbean for the remainder of 2022 and for 2023 and beyond as well.

“We are however confident that the industry will recover but we are not out of the woods as yet,” Gumbs said on Tuesday.

Carnival Cruise Line recently reported that it has carried approximately three million cruise passengers since July 2021 onboard its 23-ship fleet. Carnival’s business update projected that its ships should reach nearly 110 per cent occupancy this summer.

Carnival reported carrying two million passengers by the end of May and now is averaging about 95,000 guests per week as more people start to resume cruise holidays.

Since the cruise line restarted its operations in July 2021, the company has operated 1,104 voyages across its brands.

Royal Caribbean Group (RCG) has reported a better-than-expected performance that has been driven by accelerating and strong close-in demand for cruising. The cruise line returned its entire fleet to cruising in June.

RCG says they continue to see a robust and accelerating demand for cruising which saw for the second quarter of 2022 a vessel load factor in guests overall of 82 per cent, with June sailing climbing to 90 per cent for Caribbean itineraries averaging over 100 per cent.

RCG adds that it expects overall vessel occupancy to climb up to 95 per cent in Q.3 (July-August-September) and increase to triple digits by the end of 2022.

RCG says cruise bookings for 2023 have shown consistent improvements week over week and have been increasing over the past weeks.