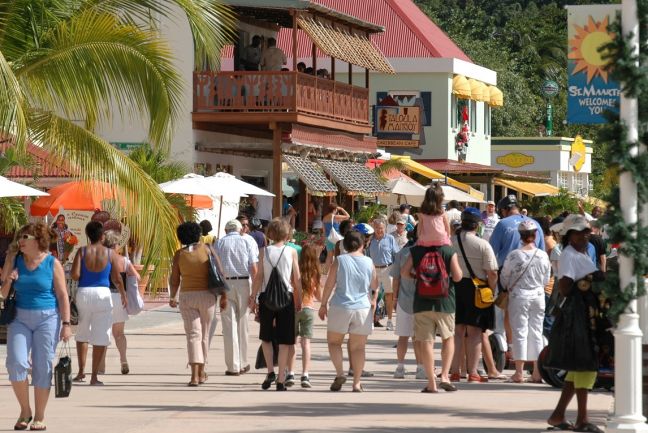 In the January 12th edition of the Antilliaans Dagblad, mention is made of a possible solution to the Giro bank issue.

The proposal appears to have at least the support of the government of Curacao. It is to increase the license fee charged by the central bank on foreign currency transactions, with a staggering 170 – 190%. In the article, Curacao’s Prime Minister, Mr. Rhuggenaath states that Sint Maarten will have to increase its foreign exchange license fees as well, in order to reduce damage to Curacao’s economy.

It is important to note that the poor management by Giro bank and poor oversight by the CBCS is a Curacao problem which will now cause great harm to St. Maarten’s economy. This while Giro Bank was not active in St Maarten.

Without elaborating on the technicalities, this would be equivalent to a devaluation of the guilder, according to financial experts. In addition, it should be mentioned that in small market economies like Curacao but especially of St. Maarten, devaluations are counter-productive; they would lead to a shift of purchases from the Dutch to the French side or, a significant reduction of consumption.

With all the post Irma challenges, a poorly devised additional transaction tax is possibly the worst idea for St. Maarten’s fragile economic recovery. Besides the fact that St Maarten had no part in the creation of the Giro bank problem, our economies are different. What may work for Curacao will not work for Sint Maarten.

An increase in license fees will mean that imports become more expensive. According to the population things are already too expensive. Businesses often get the blame. No-one ever considers the cost of doing business, the cost of TOT and license fees.

But when your dollar or guilder buys you less in the store, or when the fees for using the ATM look higher, an increased license fee may be the cause.

According to financial experts, transaction fees like the foreign exchange license fee, should only be implemented or adjusted (decreased/increased) with the purpose to increase or decrease consumption (imports). It is not a tool to fund government’s expenses because of the significant economic impact such measures have. The Curacao proposal will increase license fees in order to raise funds for the Curacao Government to cover the ANG 450 million to solve the Giro Bank problem. Don’t let anyone fool you! This is a destructive tax that will lead to decreased economic activity and increased social misery; an inflationary spiral of increasing prices, stagnant wages increased unemployment and business closures.

Is this the answer? Let the St. Maarten taxpayers suffer in order to solve a problem caused by years of political shenanigans and CBCS mismanagement that created the Giro Bank Fiasco? To our ministers and future ministers of finance: The St Maarten taxpayer is one of the most docile in the world, but this measure, in light of our current economic predicament, is making St. Maarten pay for something they were not a part of, were not responsible for, and is therefore unacceptable.

The present economic situation in Curacao combined with the Giro Bank issue raises the question whether the monetary union between Curacao and St. Maarten can survive. It appears that Curacao, as the larger economy, dictates Central Bank policy without any consideration for St. Maarten. It is high time that St. Maarten re-evaluates its position.  We suggest that the respective ministries pay attention to what can only be termed an existential threat.

Let’s make 2020 the year of progress, a fresh start to a new decade of opportunity. Let’s stand up against the selfish and shortsighted measures proposed by Curacao which were a bad idea in 1996 and are an even worse idea now. Protect the purchasing power of St Maarten taxpayers, do not erode it even further.

We ask the present and incoming minister of Finance and Parliament to be proactive and address this additional potential blow to our fragile economy before is too late.