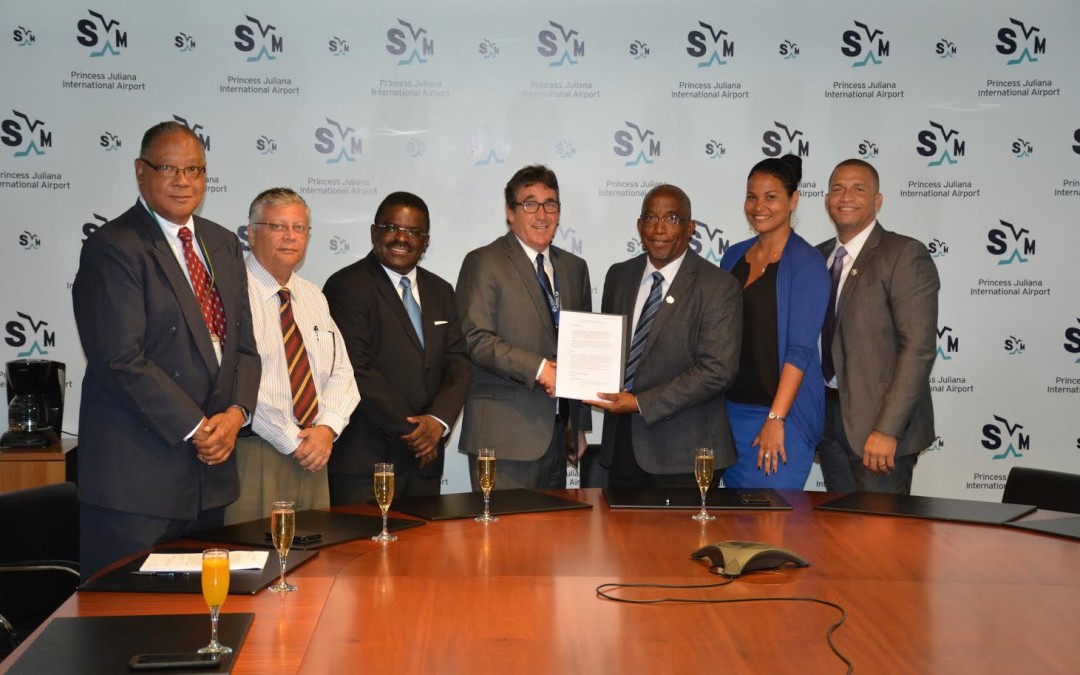 Ground handling is commonly referred to as under the wing services, which includes baggage loading and off-loading, delivery of baggage to baggage carousels, Aircraft push back, lavatory services and water services.

“ Winair is proud to have been granted this concession, allowing us to compete in providing services to all users of SXM airport on a economic and service based scenario” stated Michael Cleaver, President & CEO of Winair.

Winair’s thanks goes out to SXM Airport, in particular Mr. Larry Donker, PJIAE Management and PJAIE Supervisory board. This concession is the result of two and a half years of negotiation between the Airport and Winair. Through granting this second Ground Handling Concession users of SXM Airport now have a choice in selecting this important and essential component of their airport operations in St. Maarten.

Windward Islands Airways International N.V. better known as WINAIR is a Government owned regional airline and was founded in 1961. The airline operates 5 de Havilland Twin-Otter aircraft and 1 ATR-42 500/600 aircraft. WINAIR has provided safe and efficient air transportation in the Caribbean for more than 54 years. WINAIR offers connections from its main gateway, Princess Juliana International Airport in St. Maarten to the islands of Saba, St. Eustatius, St. Barth, Nevis and St. Kitts, Tortola, Antigua, San Juan, Dominica and Guadeloupe. It has interline partners with 11 airlines from North America, South America, Europe and the Caribbean, and codeshare with Air France giving WINAIR greater depth and reach, as well as giving the passengers greater access to the destinations with value added services such as checked through baggage. WINAIR also provides charter services to most Islands in the North Eastern Caribbean and offers Cargo and QuickPack service to all its destinations. The WINAIR team of 130 employees is continuously involved in training to ensure the highest level of safety and proficiency is delivered. With hundreds of years of combined experience in aviation, our entire WINAIR team is committed to your comfort and safety every step of the way.