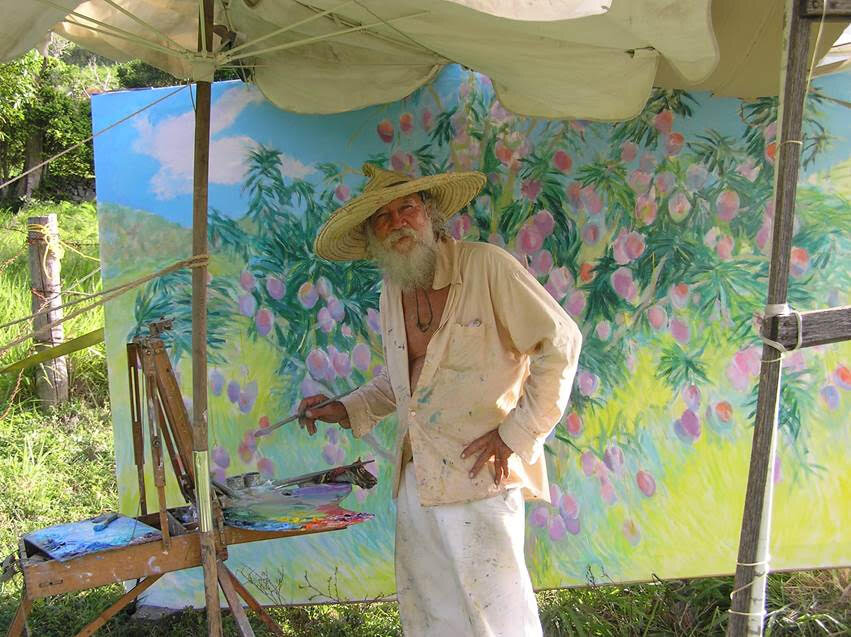 Richardson is one of the best-known artists of the island, sometimes dubbed the “Father of Caribbean Impressionism”. The famous red Flamboyant tree, highly symbolic for his island of birth, is a recurring theme in his work.

His works are collected all over the world, in various American and European government institutions, and part of renowned private collections including those of Martha Graham, Jackie Kennedy, Prime Minister Raffarin and Queen Beatrix.

Richardson has had over 100 one-man exhibitions throughout the Caribbean islands, France, the Netherlands, the Middle East, Belgium, Bulgaria, Russia, and extensively in the United States.  Articles featuring Richardson’s achievements have appeared in the New York Times, Washington Post, Caribbean Travel & Life and Island Magazine and many other publications.

In 2007, Roland Richardson was awarded the honor of Knight of the Order of Orange Nassau, a Dutch Royal Decoration from the Court of Queen Beatrix of the Netherlands. He has also been honored with a Lifetime Achievement Award from the French Government.

Richardson is honored to be this year’s cultural icon of choice and is grateful for the nomination of the Office de Tourisme de St. Martin and SHTA’s support. In addition, he is delighted to collaborate with the calendar’s design talent, Loic Bryan.

As the pandemic situation continues to ask for caution, the calendar will again address special guidelines for events including mask wearing and social distancing for visitors of events small and large. Even though optimism is in place for 2022 as a year of return, SHTA will underline all listed events are subject to change as health safety will remain of the greatest importance.

SHTA calls on companies and NGO’s to send in events they are planning for the 2022 Calendar today November 5th via events@shta.com if they have not done so as yet. St. Maarten residents can reserve a free personal printed version via the same mail address.